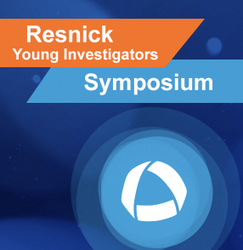 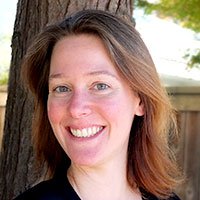 Assistant Professor of Chemistry at the University of Washington

This talk will focus on our efforts to develop new chemistries that will help reduce non-renewable energy use through improved energy efficiency and mitigating carbon dioxide emissions via photochemical and catalytic transformations.

This approach requires addressing fundamental challenges in the field of nanoscience, specifically controlling the composition and the interfaces of nanomaterials to gain reliable control over their electronic structure. Towards this end, we are interested in making contributions in two key areas: 1) understanding the mechanisms of nucleation and growth of semiconductor nanocrystals and 2) understanding how to productively direct energy transduction in semiconductor nanocrystals for application in energy efficient solid state lighting, electricity generation, and fuel formation.

I will address each of these areas briefly, but focus primarily on the progress we have made towards understanding the precursor conversion reactions, nucleation and growth mechanisms, and approaches to the post-synthetic transformation of indium phosphide quantum dots.

Asst. Prof. Brandi Cossairt was born and raised in Miami, Florida. She is a first-generation college graduate, having obtained her BS in Chemistry from the California Institute of Technology, in 2006, where she carried out undergraduate research with Professor Jonas Peters.

Brandi went on to pursue graduate studies at the Massachusetts Institute of Technology under the guidance of Professor Christopher C. Cummins and was awarded her PhD in 2010. She then continued her academic career as an NIH NRSA Postdoctoral Fellow at Columbia University between 2010 and 2012.

Brandi joined the Department of Chemistry at the University of Washington as an Assistant Professor in July of 2012. She has received a number of awards for her research including a Packard Fellowship, an NSF CAREER award, a Sloan Research Fellowship, a 3M Non-Tenured Faculty Award, and the Seattle AWIS Award for Early Career Achievement. 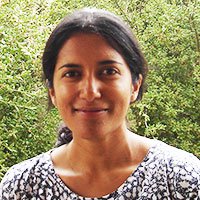 Assistant Professor of Chemistry at Stanford

The tools of synthetic chemistry allow us to fine-tune molecules at a level of precision not yet accessible with inorganic solids. We have investigated hybrids that couple molecules to the superior mechanical and optoelectronic properties of solids.

Despite this remarkable progress in device manufacture, the materials' inherent instability and toxicity may impede their large-scale use. In this talk, I will discuss the sources of these problems and our efforts at overcoming them using synthetic chemistry. The material's extreme water sensitivity is a problem for large-scale device fabrication and their long-term use. The toxicity of lead is also a primary concern for the wide-scale use of this technology, particularly in light of the material's water solubility, which greatly increases contamination risks.

I will present new materials synthesized in our labs to address these issues. I will also discuss transient, light-induced changes that occur in these materials, which impede high voltages from being realized in perovskite devices. I will suggest methods to mitigate these effects, including the application of pressure to change the photophysical properties of these compressible solids.

Hema Karunadasa is an assistant professor in Chemistry at Stanford University. She performed undergraduate research in solid-state chemistry with Robert Cava at Princeton University synthesizing geometrically frustrated magnets. She worked with Jeffrey Long at UC Berkeley for her doctoral research on magnetic molecules and molecular catalysts for generating hydrogen from water. She continued these studies as a postdoc at the Lawrence Berkeley National Laboratory with Christopher Chang and Jeffrey Long. She then worked with Harry Gray at Caltech studying molecular catalysts for hydrocarbon oxidation.

She joined the Chemistry faculty at Stanford University in 2012. Her research aims to bridge molecular and solid-state chemistry. Her group uses solution-state methods to design hybrids that realize the advantages of molecules and extended inorganic solids in a single material. They target materials for various applications in clean energy: absorbers for solar cells, electrodes for rechargeable batteries, phosphors for solid-state lighting, and sorbents for atmospheric pollutants. She has received the NSF CAREER award, the Sloan Fellowship, and the Stanford Terman and Gabilan Fellowships. 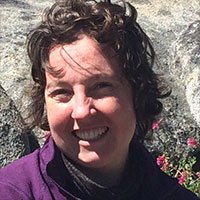 Fire suppression in many dry forest types has left a legacy of dense stands, closed canopies, and homogeneous landscapes. These landscapes have high water demands and fuel loads, and when burned can result in catastrophically large fires - undesirable characteristics considering the warming and drying trends projected for the Western US.

Alternative forest and fire treatments based on managed wildfire - a regime in which fires are allowed to burn naturally, and only suppressed under defined management conditions - offer a potential strategy to ameliorate the effects of fire suppression. Understanding the long-term effects of this strategy on vegetation, water and forest resilience is increasingly important as the use of managed wildfire becomes more widely accepted.

The Illilouette Creek Basin in Yosemite National Park has experienced 40 years of managed wildfire, reducing forest cover by 22%, and increasing meadow areas by 200% and shrublands by 24%. Upscaling of over 3000 soil moisture observations made since 2013 suggests that large increases in wetness occurred in sites where fire caused transitions from forests to dense meadows. The runoff ratio (ratio of annual runoff to precipitation) from the basin appears to be increasing or stable since 1973, compared to declines in runoff ratio for nearby, unburned watersheds.

Hydrologic processes associated with snow deposition and melt, and summer water losses through evaporation, appear to be significantly different within closely located vegetation types. Managed wildfire appears to increase landscape and hydrologic heterogeneity, and likely improves resilience to disturbances such as fire and drought, although more detailed analysis of fire effects on basin-scale hydrology is needed.

Professor Sally Thompson is Assistant Professor of Surface Hydrology at UC Berkeley. Her undergraduate training was in Chemistry and in Environmental Engineering, at the University of Western Australia, in Perth Australia. Following completion of her bachelor degree, Sally worked for several years as an environmental engineering consultant in Western Australia.

She was awarded a General Sir John Monash Award, Australia's equivalent to a Rhodes or Fulbright scholarship, which supported her PhD research in ecohydrology at the Nicholas School of the Environment at Duke University. Following postdoctoral research split between Princeton, Purdue and at Duke, she took up her current position at UC Berkeley.

Sally has won the American Geophysical Union's Hydrology Early Career Award, the NSF CAREER award, and the Jim Dooge Award from the European Geophysical Union. Her research tackles the interface of life with the hydrologic cycle, aiming to understand the implications of biological functioning on hydrological processes spanning the scales of leaf stomata to regional land use change. 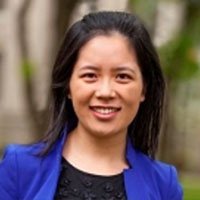 Assistant Professor of Electrical Engineering and Applied Mathematics at Harvard

In the future, every house may have its own solar panels, wind turbine, electric vehicles, and smart appliances, which are all connected and share electricity through the grid. To encourage end-users to participate in such transformation of the power grid, an efficient electricity market, especially in distribution networks, plays an important role.

However, many challenges constitute significant barriers to form such a market, especially i) complexity associated with physical operation of the power systems, ii) self-interested and even strategic behavior of users, iii) inherent uncertainties involved in both emerging generation and consumption resources and devices.

In this talk, I will present how to tackle these challenges by integrating approaches from economics, power engineering, optimization and control. Firstly, I will present a decentralized market that defines trading rules which efficiently allocate externalities associated with physical operations to individual bilateral transactions in the networks. Then, I will present a couple of auction designs that will handle the self-interested behavior of users and guarantee reliability of the system in the present of uncertainties.

She was a postdoctoral associate of the Laboratory for Information and Decision Systems at Massachusetts Institute of Technology 2013-2014. Her research lies in the design, analysis, optimization and control of distributed network systems, with particular applications to power networks. She received NSF career award (2016) and entered the Best Student Paper Award ﬁnalist in the 2011 IEEE Conference on Decision and Control. 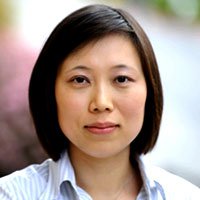 This talk will present two examples of our efforts in engineering nanomaterials to improve the performance of energy conversion. The first example is to discuss several flame synthesis methods to synthesize, decorate or dope 1-D metal oxide nanomaterials and these materials exhibit much enhanced photoelectrochemical water splitting performance.

The second example is on the activation and optimization MoS2 basal planes for hydrogen evolution reaction through formation of strained sulfur vacancies. MoS2 has emerged as a promising material for catalyzing hydrogen production through electrochemical and photo-electrochemical water splitting processes.

Her research interests include flame synthesis of nanomaterials and their applications in solar energy conversion, and developing manufacturing methods for flexible electronic devices. She is a member of MRS, ACS and the Combustion Institute.

Her research has been honored with awards including the Nano Letters Young Investigator Lectureship (2015), MIT Technology Review (2013), one of the 100 Leading Global Thinkers by the Foreign Policy Magazine (2013), 3M Nontenured Faculty Award from 3M (2013), Presidential Early Career Award for Scientists and Engineers (PECASE) from the White House (2009), Young Investigator Awards from the ONR (2008) and DARPA (2008), Terman Fellowship from Stanford (2007), and Bernard Lewis Fellowship from the Combustion Institute (2004)..

Lunch Break (Unhosted -except for speakers and invited guests)